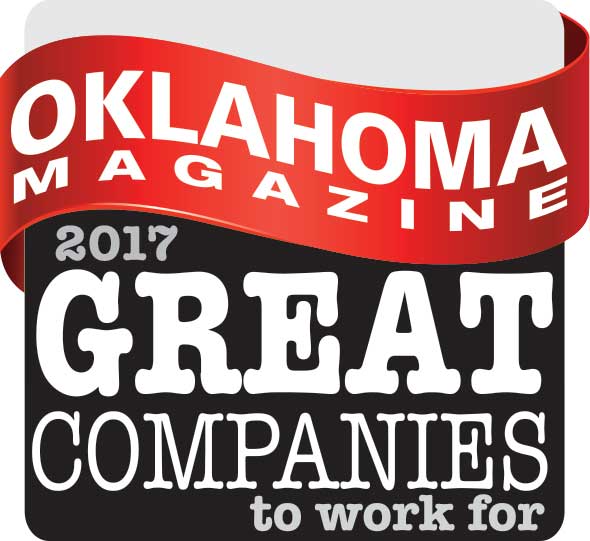 Wherever a company is in Oklahoma, whatever a company does, one measurement remains equal across the board – the happiness of the employees.

Ann Mulcahy, former CEO of the Xerox Corporation, once said: “Employees who believe that management is concerned about them as a whole person – not just an employee – are more productive, more satisfied, more fulfilled. Satisfied employees mean satisfied customers, which leads to profitability.”

Nabholz Construction Services embraces the idea wholeheartedly by building a strong quality of life for employees and the communities where they live and work. Nabholz’s wellness program has garnered national attention, rewards and improved employee health.

Research shows that workers also need recognition for a job well done. Advantage Controls in Muskogee does this with its stellar recognition program, which awards its employee of the year with an all-expenses paid vacation to the destination of his or her choice.

We’ve compiled a comprehensive list of great companies in Oklahoma. Some are based in-state; some have headquarters in other states or countries with facilities in Oklahoma – but all are recognized as outstanding choices for careers in Oklahoma.

NORDAM has such an established reputation in the industry that Airbus has selected the company to develop and supply the engine build-up system for A320neo aircraft, which is used widely throughout the world. NORDAM also provides service for interiors, aircraft structures, nacelle and thrust reverser systems, repair and transparency.

Eide Bailly
OKC eidebailly.com
Eide Bailly’s approach to employee satisfaction is one modern professionals can appreciate. Recognizing that a fulfilling life is not just about earning a paycheck, Eide Bailly also encourages staff to invest in the community by offering eight hours of paid time off to spend supporting charitable organizations and causes they’re passionate about.

HoganTaylor
Tulsa HoganTaylor.com
One of the largest public accounting firms in the Oklahoma and Arkansas region, HoganTaylor has also been recognized nationally as a top firm to work for in the past. HoganTaylor has more than 200 employees, with nearly 100 Certified Public Accountants and 29 partners.

Arvest
Statewide arvest.com
Arvest has come a long way since its first location in Bentonville, Arkansas, opened in 1961. Arvest entered the Oklahoma market in 1987 with a 50 percent purchase of Security National Bank of Norman; it has had multifold growth and serves 26 cities and towns in the Sooner State.

Bank2
OKC bank2online.com
Bank2, bought by the Chickasaw Nation in 2002, holds the most mortgages for Native Americans in Oklahoma and is one of the leading lenders throughout the country. With assets of more than $100 million, Bank2 is regularly cited as one of the top Native American-owned businesses in North America.

First Fidelity Bank
OKC ffb.com
First Fidelity has been a leader with mobile phone payments, launched in 2012. First Fidelity began as the Bank of Norman in 1920. The Symcox family bought it in 1952; it is owned by chairman Bill Cameron, his sister Lynda Cameron, CEO and President Lee Symcox and his wife, Executive Vice President Suzanne Symcox.

MidFirst Bank
OKC midfirst.com
MidFirst, which also has a large presence in Tulsa, is as committed to sustainability as it is to its customers. It reduces paper and water use in many ways. MidFirst is one of the largest privately owned banks in the country; it serves a half-million customers nationwide.

Red Crown Federal Credit Union
Tulsa redcrown.org
Red Crown Federal Credit Union knows the value of employees in building a great company to work for; it was started in 1938 by an employee of Stanolind Oil & Gas Company using a shoe box in a desk drawer. That employee’s innovative approach has led to a company employing more than 50 people and serving more than 22,000 members.

Regent Bank
Nowata bankregent.com
Founded more than 116 years ago, Regent Bank’s mission is to serve “our clients to help them achieve their dreams.” Regent Bank relies on its employees to do just that by giving employees the opportunity to develop their own client relation strategies such as, “My bankers treat me like family and I am excited to come back.”

Tinker Federal Credit Union
OKC tinkerfcu.org
Tinker has been in business for more than 70 years and is the largest credit union in the state, with 31 branches across Oklahoma and 332,000 members. Workers at Vance Air Force Base in Enid joined the team in 1967, and more than 700 central Oklahoma companies have followed.

True Sky Credit Union
OKC trueskycu.org
Serving eight counties in central Oklahoma, True Sky began when eight Civil Aeronautics Administration members began the credit union in 1947. It changed its name to the FAA Credit Union in the 1950s, when the Federal Aviation Agency emerged. That lasted until last year, when the name switched to True Sky.

TTCU Federal Credit Union
Tulsa ttcu.com
TTCU is the second-largest credit union in Oklahoma. It began in 1934 during the Great Depression at the original Central High School as a way for teachers to get loans, which were difficult to obtain then. It now has more than 120,000 members and assets of more than $1.7 billion.

Tulsa Federal Credit Union
Tulsa tulsafederalcu.org
Tulsa Federal Credit Union began humbly in 1943 with a dozen members and $240 in assets. The community-chartered credit union now manages more than 63,000 members and $690 million in assets. It serves Tulsa, Osage, Pawnee, Creek, Okmulgee, Wagoner and Rogers counties. TFCU also gives back to the community by playing host to the annual Tulsa Run for 40 years. This year’s run raised more than $40,000 for charities and schools when more than 7,000 runners gathered in downtown Tulsa.

AT&T Oklahoma
Statewide att.com
AT&T Oklahoma employees take pride in their careers with the company, which has employed Oklahomans for more than 123 years. The company also impacts the lives of Oklahomans, such as the 2,414 students mentored by AT&T employees through Aspire Mentoring Academy in 2015 or the more than 130,000 hours of personal time given by AT&T employees and retirees to community outreach activities in 2014.

Boldt Construction
OKC theboldtcompany.com
Founded in 1889, Boldt is a fourth-generation, family-owned company based in Appleton, Wisconsin, but it has a regional location in Oklahoma City. It specializes in nine areas of general contracting and building: health-care, power and energy, industrial, automotive, educational, commercial, science and technology, religious, and public sector.

Cowen Construction
Tulsa cowenconstruction.com
Cowen Construction, in business for more than 116 years, is a company built on the tenets of adaptability, quality and surpassing customer’s expectations. Cowen Construction has garnered many local, regional and national awards with its staff of nearly 100, who provide a unique, team-based approach to managing every aspect of every project.

Crossland
Tulsa/okc crossland.com
Started in 1977 in the garage of founder Ivan “Red Iron” Cross, this conglomeration of companies has grown to more than 1,500 employees. It has its own heavy construction company (Crossland Heavy Contractors), in-house precast plan (Crossland Prefab) and development and holding company (Crossland Realty Group).

Fleming Construction Group
Tulsa flemingconstructiongroup.com
Since 1946, Fleming Construction Group has  een dedicated to innovation – not only of building systems, but also of contracting methods and field practices. For their clients, the company says, buildings are more than structures, they are investments, the company says. “They are dreams placed into reality. They are commitents, and we’re only as good as our ability to deliver on those commitments.”

Flintco
Tulsa flintco.com
Flintco, which will turn 100 in 2018, is an institutional and commercial contractor. Its origins trace to Tulsa Rig, Reel and Manufacturing Co., a drilling and pumping equipment supplier for the rapidly growing oil industry in 1908. C.W. Flint took full ownership of the company after World War I.

Manhattan Construction
Tulsa manhattanconstructiongroup.com
Manhattan was the first company to incorporate in the brand new state of Oklahoma in 1907. This isn’t surprising since Manhattan began in 1896 in Chandler (then in Oklahoma Territory) by Laurence H. Rooney. Manhattan has built highly complex facilities across the United States, including Reliant Stadium, home of the Houston Texans, and AT&T Stadium, home of the Dallas Cowboys, in Arlington, Texas. Reliant had the first retractable roof for an NFL team. Manhattan also built the dome over the Oklahoma capitol, the adjacent Oklahoma History Center and the U.S. Capitol Visitor Center, which hosts more than 3 million people per year.

Nabholz Construction
Tulsa nabholz.com
Nabholz is not just a construction company – it is a community-building conglomerate with diverse services and specialty divisions providing expertise in: thought leadership, civil services, energy conservation and sustainability, industrial and environmental services and construction management. Nabholz is the winner of the national Association of General Contractor’s “Build America Award” – an honor awarded to the contractor of the best project in America and is widely accepted as the highest achievement in the industry. “At the core, Nabholz believes growing our people is as important as growing our business. Being a responsible employer and community partner drives every business decision.”

Ross Group
Tulsa withrossgroup.com
From a kitchen table in the Catoosa home of Jesse and Ora Mae Ross in 1979, the company began as a carpentry and interior finishing firm. Now it’s an established general contractor emphasizing development, engineering, design and construction. It has a strategic alliance with Westmoreland Builders for multi-site commercial and retail projects. 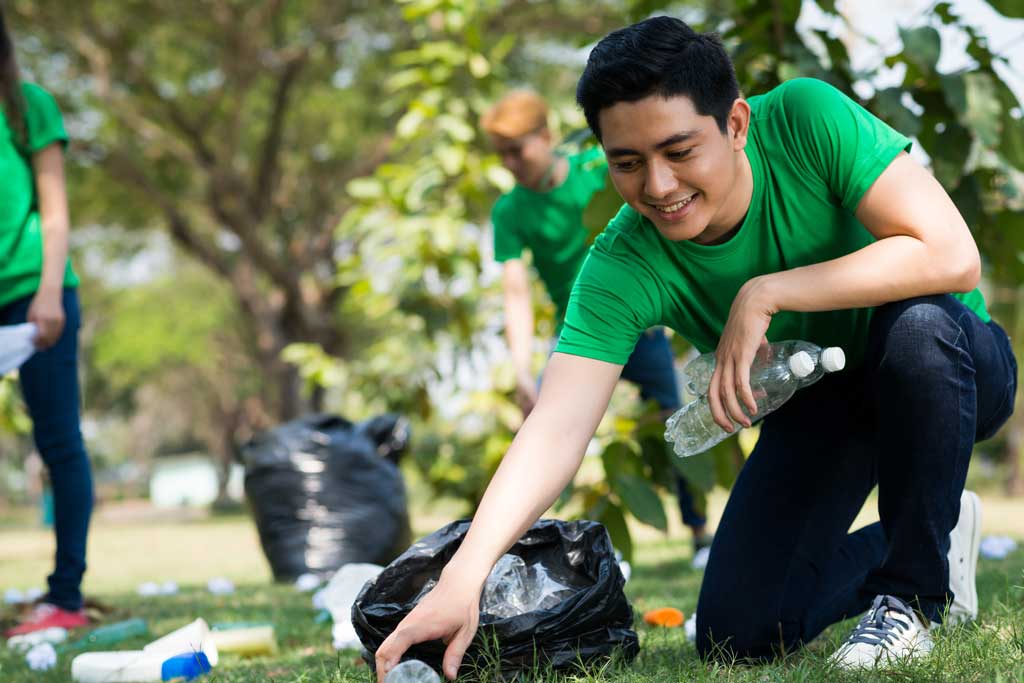 Many, if not most, of the companies on this year’s Great Companies to Work For list encourage and fund their employees’ passionate efforts to make a difference in their communities. From AT&T’s Aspire Mentoring Academy, which allows employees to mentor thousands of schoolchildren each year, to Whirlpool, whose employees partner with United Way and Habitat for Humanity, employers find that employees who give back to their communities are more satisfied.