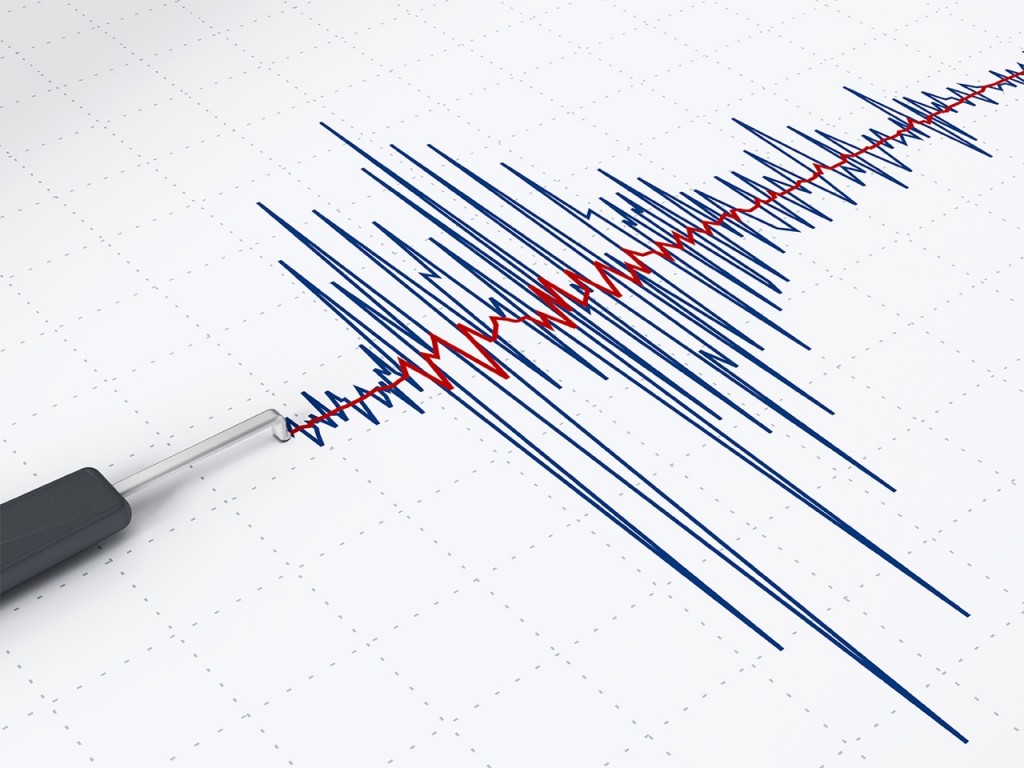 Sunday night’s 5.0 magnitude earthquake near Cushing highlights why many Oklahoma citizens remain concerned about the increasing frequency of earthquakes in the area. In September 2014, Oklahoma Magazine spoke with seismologist Robert Williams of the U.S. Geological Survey about the surge of earthquakes in the state, what is causing them and concern that an even larger earthquake could be coming – a story that remains relevant today.

[dropcap]Seek[/dropcap] the lowest ground possible. Stay away from windows and exterior walls. Do not get into your car. Cover your head.

Oklahomans know – as much as it is possible – how to stay safe during a tornado. But when buildings begin to sway and the ground shakes, many residents freeze in place, unsure how to take action. That’s because until a few years ago, most Oklahomans had never experienced an earthquake.

In November 2011, a 5.7 magnitude earthquake struck near the Oklahoma town of Prague. For many Oklahomans, this was the first of many shocks to come. Now, seismic events are far more common in the state than severe weather.[pullquote]We wanted to let Oklahomans know that we were monitoring the situation and that we were worried about a larger, damaging quake occurring.”[/pullquote]

“The increase in the number of earthquakes in Oklahoma since 2009 has been extraordinary and dramatic,” says Robert Williams, a seismologist with the U.S. Geological Survey. Williams serves as the central and eastern U.S. coordinator for the USGS Earthquake Hazards Program.

The Oklahoma earthquake situation is unique in the seismology field.

“It’s not unusual around the U.S. to get brief periods where a locality will see an increase in the number of earthquakes in a swarm,” Williams says. “But the surprising thing about the Oklahoma sequence is that it has lasted so long (years, not weeks or months as has been typical of swarms elsewhere), the number of events keeps increasing and the area of activity also is increasing.”

“Except for the year 2012, the number of quakes of magnitude 3.0 and greater has also increased every year,” Williams says.

Concern that Oklahoma may soon experience “the big one” is rampant among the population. This fear was substantiated this past year, when the USGS and the Oklahoma Geological Survey at the University of Oklahoma issued two joint statements – one in October 2013 and another last May – cautioning citizens about the rate of earthquakes in central and north-central Oklahoma and the potential for a larger temblor.

“We wanted to let Oklahomans know that we were monitoring the situation and that we were worried about a larger, damaging quake occurring,” Williams says. “Both of these statements grew out of concern for the alarming number of earthquakes occurring. Both of these information statements are unprecedented for the USGS to issue for areas east of California. The May 2014 statement was prompted by a further increase in the rate of M3+ earthquakes.”

While seismologists at the OGS and OU’s Mewbourne College of Earth and Energy declined to comment regarding the rise in Oklahoma’s seismic activity, a presentation prepared by OGS and the college for a public town hall meeting on June 26 at Edmond’s Waterloo Baptist Church states that the chances of a large, damaging earthquake occurring are very small.
Williams disagrees.

“The concern is built upon a well-supported observation from monitoring earthquakes around the world for decades: The more little quakes you have, the greater the chances for a larger damaging quake,” Williams says. “Three months after the May 2014 statement, the earthquake rate has not decreased, and the USGS still has the same concern for a larger and damaging earthquake.”