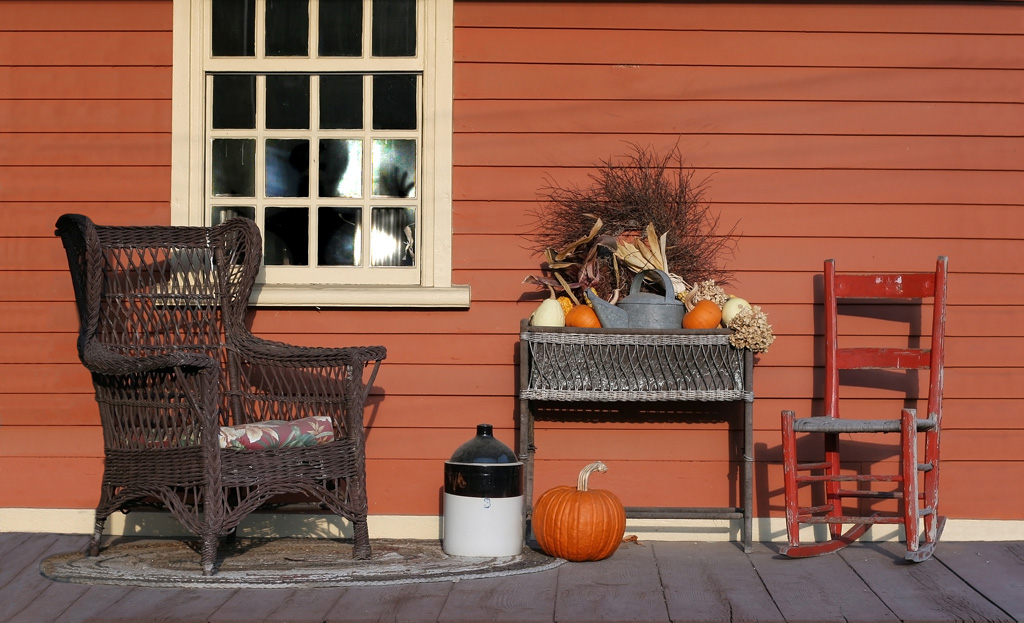 [dropcap]The[/dropcap] older you become, the more you get used to things around you fading into other things. So one day you turn on the oldies radio station and realize that the Beach Boys and Paul Revere and the Raiders have given way to Guns N’ Roses and U2, and that these songs aren’t “oldies” anymore, but “classic rock.” You find yourself vaguely amazed that music you thought was contemporary is actually “classic” – this is driven home to you, perhaps, when you see a high school band march onto the football field at halftime to perform a medley of Queen hits or Edgar Winter’s “Free Ride” – and you’re further befuddled when actors you thought were big stars turn up as guests at nostalgia conventions. As the sardonic old saw goes, nostalgia isn’t what it used to be.

For many of us baby boomers, this time of year is likely to conjure memories of the Halloween tradition of dressing up in a costume, grabbing a big sack and heading out with a parent or, later on, pals to do some trick-or-treating. When I was growing up in Chelsea, Oklahoma, during the ’50s and early ’60s, this one-night-only experience would take us to neighborhoods we might not have been in since Halloween the year before, to houses we weren’t familiar with and people we wouldn’t have known if we’d met them on the street. There was a bit of a thrill in it all, as well as a good measure of trust. We might not know ’em, and their houses might look a little spooky (whether by design or otherwise), but we’d knock on the door and hold out those bags anyway, confident that some kindly soul would smile from the doorway and drop in a treat or two. It was an act of faith that was almost biblical, the evidence of things not seen (until the door opened) but wholeheartedly believed.

[pullquote]There’s a fine line between being scared for fun and being scared for real.”[/pullquote]The celebration of Halloween by costumed kids going door-to-door has been one of those stubborn traditions that has managed to persist, despite being buffeted for decades by outside forces. I don’t remember any controversy about the holiday or its origins (which likely lie in the ancient Celtic Festival of Samhain and its costumes and bonfires that supposedly warded off ghosts) when I was growing up. However, a little later on, some churches began encouraging kids to come to “harvest festivals” or “harvest parties” on Halloween, brightly-lit get-togethers where the weird and creepy elements were de-emphasized and implicitly shunned as representative of evil, or at least unseemliness. In the past several years, I’ve also noticed the proliferation of “trunk-or-treat” events, in which parents load up their trunks with goodies and all park next to one another, so the kids can simply stroll for a couple dozen yards and grab a ton of stuff – without even leaving the parking lot.

In Chelsea, the downtown merchants have banded together to offer a Halloween experience around their stores; to the town’s credit, these folks usually come up with the kind of good scary trappings that befit America’s spookiest holiday.

Yet, for all of that, there’s still nothing that gives me the Halloween feeling like the footsteps of a gaggle of costumed trick-or-treaters traveling down a street, boldly heading for the next lighted porch. Because my wife and I have always lived out in the country, we don’t get kids coming by on Halloween, so when our own boys were young, we took them into Chelsea and used my mother’s house – where I grew up – for a home base. Even before they were born, I would go in at dusk on every Oct. 31 I wasn’t working or away and hand out treats with my mom. Since her passing, I’ve continued to do my best to make sure the house would continue to be a reliable stop for the trick-or-treaters; my brother, who lives there now, joins me whenever he’s in town.

Last year, it was just me and several bags of candy bars. Beginning at dusk, I sat out on the porch with a bowl of treats and a pullover Elvis mask that covered my head down to my nose. I’d fashioned a nice scar on my cheek, completing what I like to call the Zombie Elvis look.

It was slow at first; in Chelsea, most of the kids hit downtown early, and then if there’s time left, fan out into the neighborhoods. Most of them are in cars or trucks with some, like me, driving in from rural areas. As usual, I found find myself peering down to the end of the block where I could see vehicles hesitating, their drivers debating whether to turn down my street or pass it in favor of the next one. The fact that many of the houses around me were dark militated against a flow of traffic, but I had a few busy times, including once when a flatbed truck toting a good dozen kids stopped under the street light in front of my house. One little girl, costumed in gruesome walking-dead garb, asked sweetly, “Do you have something soft? I just had my tonsils out.” Another queried, in that direct way kids have, “Who are you supposed to be?”

It’s that combination of the frightening and the trusting, the innocent and the uncanny, that continues to make celebrating Halloween such great fun for me. As I sit out in the October darkness, listening for the whispery sounds of trick-or-treaters, half-hearing the celebratory sounds of the downtown event some five or six blocks away, I’m pulled back to the time when I left that very same house as a child, trusting without knowing it in the goodness of my neighbors, part-frightened and part-exhilarated. The fright, though, was always the good kind – the same deliciously unsettling feeling I’d get when a new horror movie was coming to the town’s movie house or when I climbed into a roller-coaster car at an amusement park. It was a lifting out of the everyday that engaged and sharpened the senses.

I continue to see trick-or-treating as just that, and I hope kids can continue to experience it. I don’t mean to knock “harvest celebrations” or “trunk-or-treat” gatherings, but I can’t shake the feeling that they’ve come about because we’ve gradually become more and more mistrustful of those we don’t know, a pernicious change that mirrors the rise of 24-hour news channels on radio and television, followed by the explosion of the internet – where, if one chooses, he or she can spend every waking moment in a place that quavers with rage and fear. There’s nothing new about stories of nefarious doings on Halloween; I heard plenty of ’em when I was a kid, and I’m sure some were true. Now, however, if something bad happens that night in any neighborhood in America, we’ll get it ad nauseum from the media outlets and the internet, with twists and turns and embellishments along the way, gobbling up more airtime than it’s worth – and that’s the culture in which paranoia and mistrust grow and flourish.

I don’t know if trick-or-treating is dying a slow death, fading into something else like so many other things from my youth. But I do know this: There’s a fine line between being scared for fun and being scared for real, and I know some have chosen to step across that line, exchanging a little bit of excitement and adventure for a measure of security, perceived or otherwise. The only thing I can do about that is pull on my Elvis mask every Oct. 31, fill my bowl with candy, and trust there’ll always be trick-or-treaters to encounter – even if they don’t know exactly whom I’m supposed to be.

Getting to Know a Monster